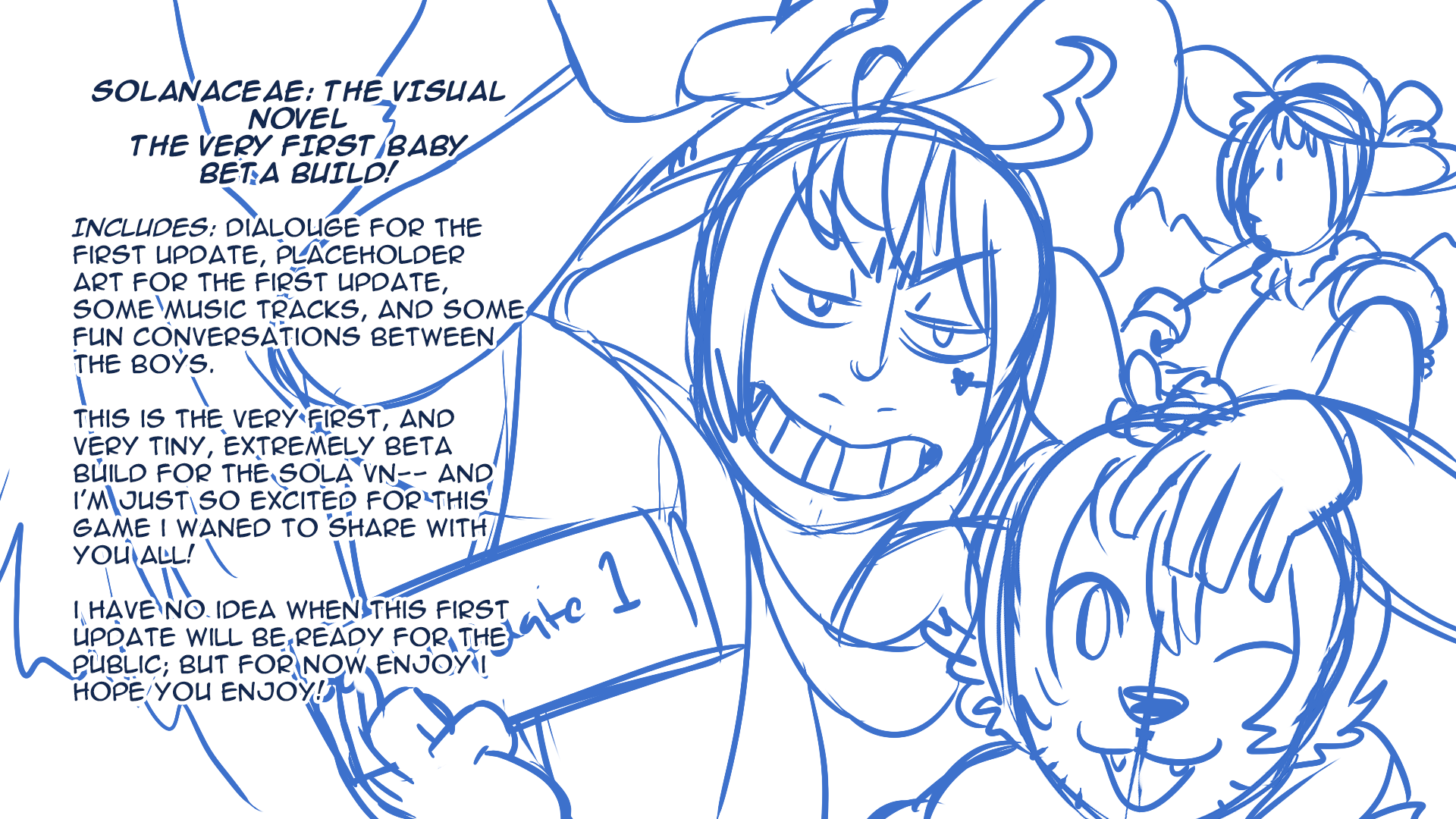 The Sola VN super-baby-beta-build (as I've been calling it) is up for ALL PATRONS! Check it out or pledge any amount to check it out!

I know this post may be annoying to any of you looking forward to the game but you can't/don't want to pledge; but please understand there's no way I'm releasing a beta-build publicly. It's just not my way.

This is to give ya'll an idea of the game in it's early stages and it's got everything the very first update is gonna have-- but just not finished. The first update is a MEASLY 2k words; but that's kind of intended. These updates aren't meant to be super huge but more like the feeling of when a webcomic updates.

The updates (or chapters) will be like, an event, a new place, a new part of the story, or even just some new items. Things like that. I'm looking to build this game until I'm satisfied with it; and then call it done.

I've got my bag of ideas and characters I wanna put in and that's what I'm gonna do! So I hope you'll look forward to it!

Get Solanaceae: A Visual Novel

Battam the witch is going to start a coven for all the rejected witches of the world!