Solanaceae: The Visual Novel: FIRST UPDATE ✨ OUT FOR PATREON SUPPORTERS! 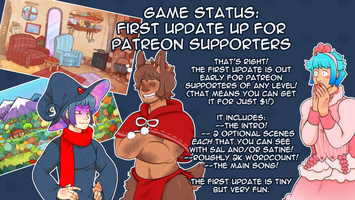 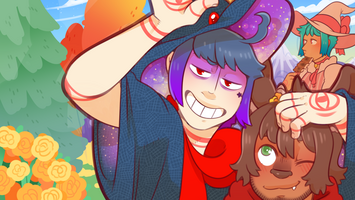 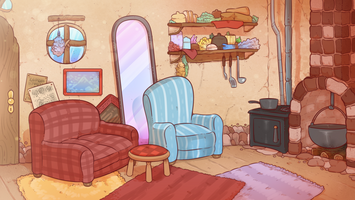 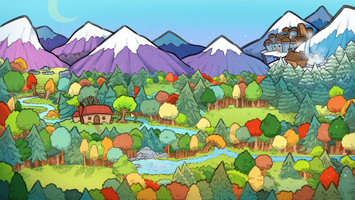 👀 That's right, it's finally time! Time for the first (tiny) update to the Solanaceae Visual Novel!

...for Patreon supporters that is! All of my Patreon supporters get early access to updates for this game and will eventually ALWAYS be an update ahead of the public. This first update will be coming out most likely in either a week, or when the new year hits. I'm not quite sure yet.

So hey, why not consider pledging and helping me out? I would really appreciate it!

What this update includes:

...and that's about it. After all, it's just the first update.

I'm not sure if this will be the average size of updates; but I think it will probably be the SMALLEST size for updates. (So I'm aiming for an average of 2k+ words each update or significant feature improvements to count as an update.)

I'm not quite sure when the next update will come out (I want to make a small game with Nami and FINALLY finish Ch.1 of Lee's game first) but I know what the first update will contain, at least.

Very excited to show all of you this first update, and I hope some of you will join me on Patreon! We have a good chill time over there.

Get Solanaceae: A Visual Novel

Battam the witch is going to start a coven for all the rejected witches of the world!

I'm happy to see progress on the visual novel.   I only wish I could donate to your patreon so I could check out the beta but I just can't afford it the best I can do is share your page.  I hope that you'll let me know when testing is available for non patreon people.  I'm glad your comics are available on itch now that tumblr doesn't allow adult content.  I look forward to reading about future updates and to be able to check it out when the time comes.

No worries about not being able to pledge to my Patreon! It's something I do for people who want early access and the game is meant to come out basically it's entire life here, for free. (Also I realize I fucked up and didn't mention in the post above that access is only $1. Oops)

I don't know if the game will remain free when all is said and done, since it's gonna be a pretty BIG game-- but it won't be much more than most indie games. (So probably not over $20, if even that!) But that will take...years to get to that point. I think art PDF's will probably be locked to Patrons for a while too.

Oh, and I think it's worth mentioning that the "testing" aspect is something that's only available to Patrons-- they are the only ones who get early builds and everywhere else here gets the more finished ones. Regardless, I'm not quite sure when the first update will become available for everyone publicly! I'd like to have a second update made before I put out the first one but uh...tbh without more Patreon support there's only so much I can do XD I don't run a Patreon for no reason-- I run it so I can update all of my billions of projects LOL!

My comics have actually be available on Itch.io for a while now (and even more other places then Tumblr) cuz I'm in the habit of archiving stuff and making sure all my eggs aren't in one basket (also this way people can donate to my comics if they want! so I think it's a win win)

Thanks a ton for your comment and I'm always super pumped that you're interested in the game! I hope you're also looking forward to the Prologue comic btw~ The site is up but there's no pages out publicly yet (next month there will be) so bookmark that if you're interested!